Mirrors
An interactive pop up book

An illustrative introduction to the world of mirrors within eight chapters. (2nd semester project)

The cover holds a mirror in order to attract the viewers` attention. 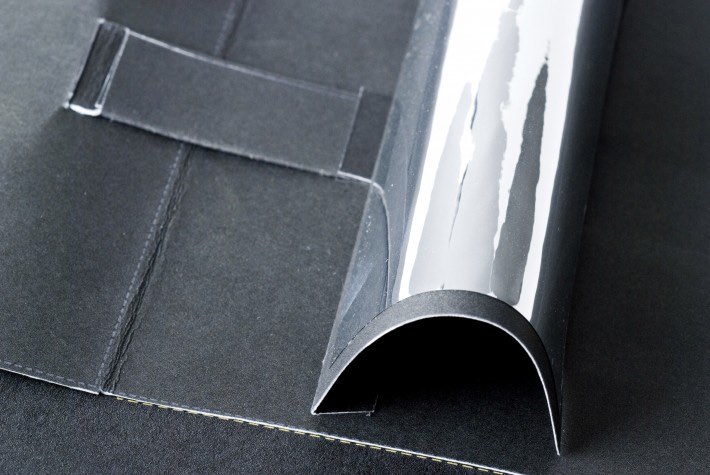 Mirrors & Reflection: Introduction into the physical phenomenon where the angle of incidence equals the angle of reflection. 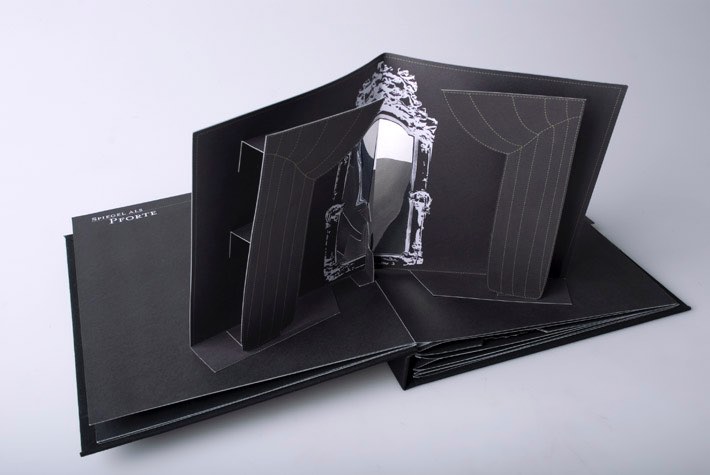 Mirrors as Gates: Passage into a different world. 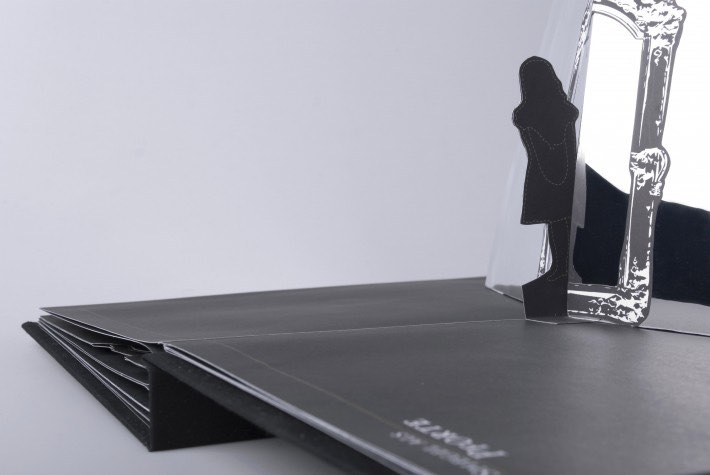 Like Alice, the little figurine „steps“ through the mirror as the book opens. 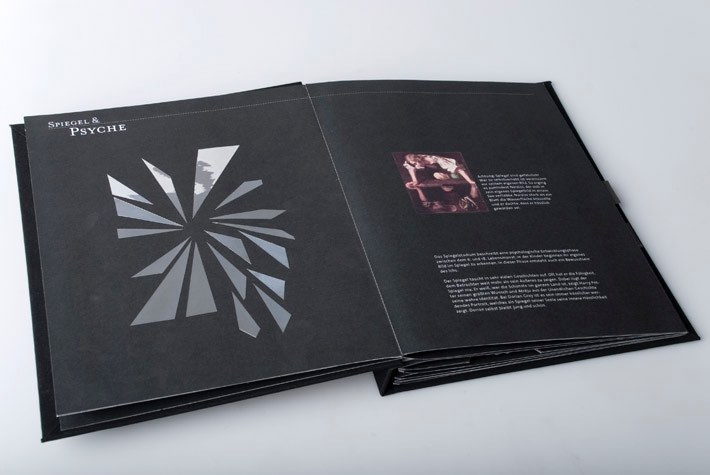 Mirrors & Psyche: The famous story of Narciss and a scattered mirror. 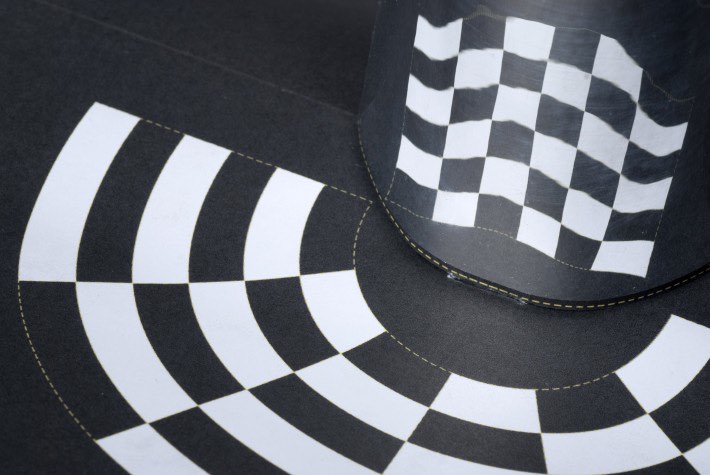 Mirrors & Truth: Do mirrors really show reality? Anamorphoses show an distorted image as if it was straight. 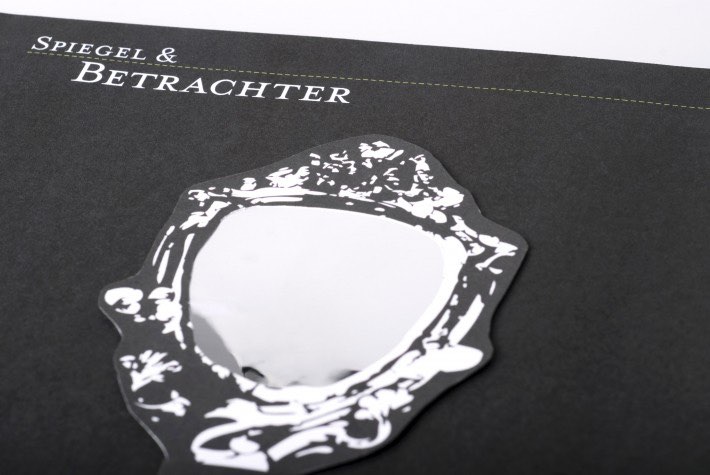 Mirrors & Observer: Mirror, mirror upon the wall, Who is the fairest of all? 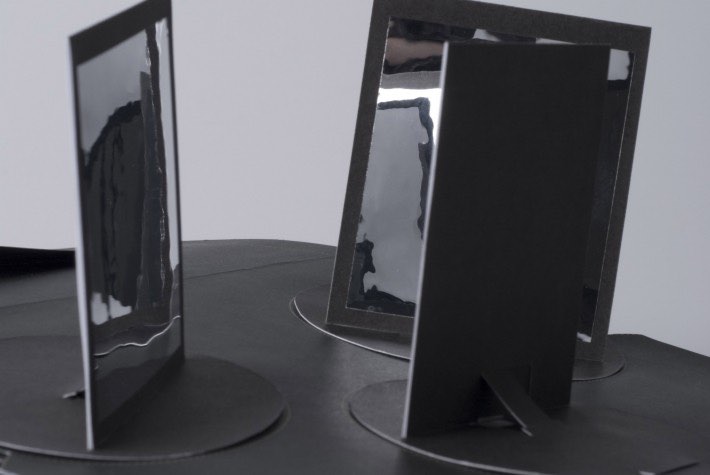 Mirrors as Prosthesis: The mere sight of Medusa would turn any onlooker into stone. Perseus used a mirrored shield to avoid looking directly at Medusa and thus was able to behead her. 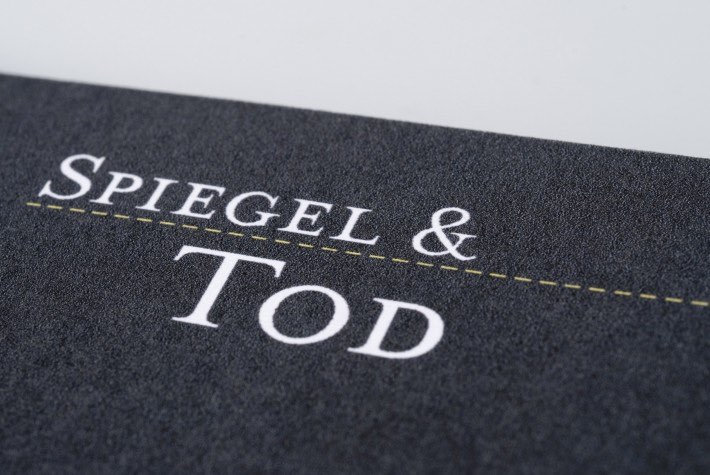 Mirrors & Death: One of the seven deadly sins is vanity, which is often represented by mirrors. 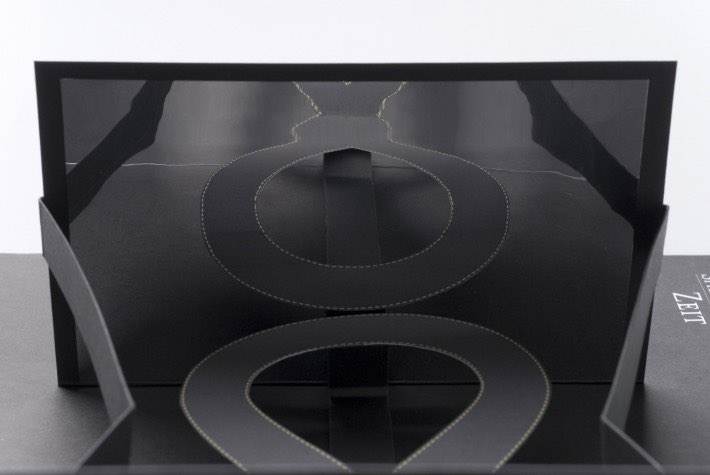 Mirrors & Time: Only mirrors are able to show immediacy and eternity at once. Two opposing mirrors pop up to reflect eternally the sign for eternity (∞).